Uncompromisingly pro-life, the Knights of Columbus is pleased
to point to other, more specialized organizations that carry on the cause of life.

USCCB Secretariat for Pro-life
The NCCB Pro-Life Secretariat is the arm of the U.S. Bishops' Conference that conducts a broad-based information and education effort, in the Church and in society, to deepen respect for the sanctity of human life from conception to natural death. Its mission is to act, in light of the Gospel of Life, to protect all human life, especially the unborn, disabled, elderly and dying.

Priests for Life
Priests for Life is an officially approved association of Catholic clergy that assists other clergy in addressing life issues. Priests for Life adds both an authoritative voice and a sacrificial power to the pro-life cause.

Birthright
Birthright began in Toronto, in 1968, when Louise Summerhill determined to help women through an unplanned pregnancy. The Toronto center quickly grew into Birthright International, the world's first international crisis pregnancy service, which now has about 500 chapters worldwide, including 70 in Canada, 450 in the United States, and others in South Africa, Ghana, Cameroon, Nigeria and Hong Kong.

National Right to Life
The National Right to Life Committee (U.S.) is the largest pro-life organization in the United States, with affiliates in all 50 states and over 3,000 local chapters nationwide. NRLC works through legislation and education to protect those threatened by abortion, euthanasia, infanticide and assisted suicide.

Life Athletes
Life Athletes is a coalition of more than 200 professional and Olympic athletes who teach and inspire others to respect life and live lives of virtue and sexual abstinence. Life Athletes was founded as an independent, athlete-directed, non-profit organization in 1992.

The Vatican Web Site
The Gospel of Life is found in the teaching of Christ and His Church. The Vatican web site is a repository of Church documents and other information. 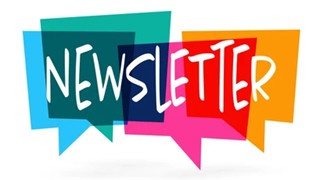